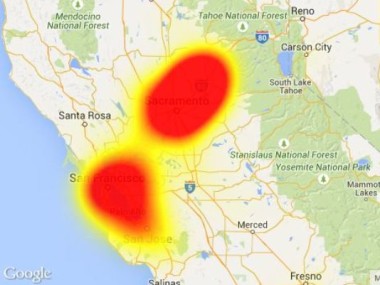 This is bizarre, isn’t it?

There have been nearly a dozen physical attacks on California Bay Area residents’ internet connections in the past year, prompting an FBI investigation.

The latest attack Tuesday knocked out internet service for Sacramento businesses and residents by breaking into an underground network protector and snipping fiber-optic cables. The FBI hasn’t provided details on the extent of the outages targeting two internet providers, Level 3 Communications, Zayo Group, and subsidiary client Wave Broadband, but evidence suggests similar attacks have been happening since July 6, 2014.

The FBI asked the public in June for information regarding suspicious behavior before the internet outages, indicating the Web saboteurs were dressed as telecommunications maintenance professionals.

“When some of the first cuts were taking place, the cuts and cables were fixed, and there was no evidence, no anything to look at,” FBI Special Agent Greg Wuthrich told the Wall Street Journal. “We just need to have a little bit more time to have our people go in.”

Repairs are being made to restore service in the Sacramento area but the motive behind the attacks unknown and raises concerns of power grid security.