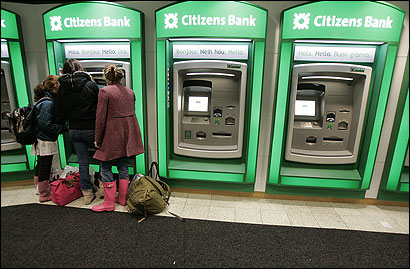 I was standing in line, waiting to use a cash machine. (I was already a few minutes late for a doctor’s appointment.) The woman at one of them started cursing loudly at the screen: “What the hell is this, they want to know if I want Spanish, German… This is what’s wrong with this country, everything’s PC. All these damn Spanish people!”

The lady at the other cash machine looked over at me, alarmed. “Immigrants make this country stronger,” she said in a soothing voice.

“It’s for the tourists,” I said. “They come from all over the world.” (We were in the historic area.)

“The fuck they do,” the woman said. “They ruin it for everybody. That’s what these goddamned liberals do, they make them take down the flag, it’s just not right…” She seemed to sob, then went on for a few minutes, muttering. She might have been a bag lady; she seemed mentally ill. Either that, or a very disgruntled conservative.