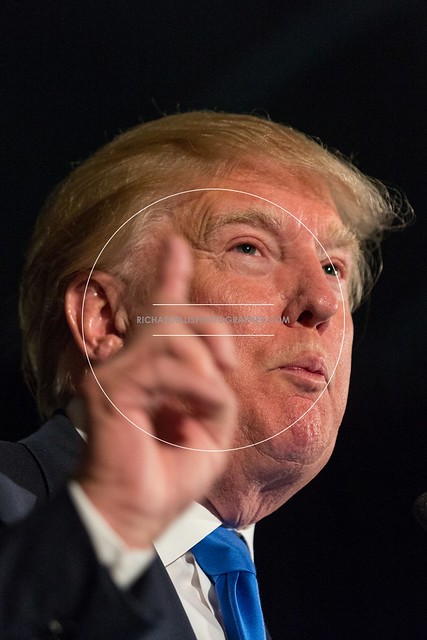 Frank Rich has an enlightening piece in New York magazine about Donald Trump’s political antecedents — and his usefulness. It’s lengthy, you’re going to want to read all of it:

That summer of denial is now kaput, but many of the press’s usual empirical tools are impotent against Trump. Columnists and editorial writers across the political spectrum can keep preaching to their own choirs about how vile he is, but they are not likely being read, let alone heeded, by Trump fans. Diligent analyses of his policy inconsistencies are built on a false premise because Trump has almost no policies, just ad hoc opinions that by his own account he forms mainly by reading newspapers or watching Sunday talk shows. When writers for both the Times and Journal op-ed pages analyzed Trumponomics, they produced the same verdict: Nothing Trump said added up. Kimberley Strassel, a conservative columnist at the Journal who regards the Republican field as “teeming with serious candidates,” has complained that Trump is “not policy knowledgeable.” That’s for sure. You won’t catch him following the example of “serious” candidates like Fiorina, Rubio, and Walker, who regurgitate the boilerplate drilled into them by foreign-policy tutors. Why bother, Trump explains, since “one of the problems with foreign policy is it changes on a daily basis.” Such thinking, or anti-thinking, may not win over anyone at the Aspen Institute or the American Enterprise Institute, but does anyone seriously doubt that it plays to much of the Republican-primary electorate? That’s precisely what is spooking conservatives like Strassel.

What’s exhilarating, even joyous, about Trump has nothing to do with his alternately rancid and nonsensical positions on policy. It’s that he’s exposing the phoniness of our politicians and the corruption of our political process by defying the protocols of the whole game. He skips small-scale meet-and-greets in primary-state living rooms and diners. He turned down an invitation to appear at the influential freshman senator Joni Ernst’s hog roast in Iowa. He routinely denigrates sacred GOP cows like Karl Rove and the Club for Growth. He has blown off the most powerful newspapers in the crucial early states of Iowa (the Des Moines Register) and New Hampshire (the Union-Leader) and paid no political price for it. Yet he is overall far more accessible to the press than most candidates — most conspicuously Clinton — which in turn saves him from having to buy television ad time.

It’s as if Trump were performing a running burlesque of the absurd but intractable conventions of presidential campaigns in real time. His impact on our politics post-2016 could be as serious as he is not. Unsurprisingly, the shrewdest description of the Trump show’s appeal has come from an actor, Owen Wilson. “You can’t help but get a kick out of him,” he told the Daily Beast, “and I think part of it is we’re so used to politicians on both sides sounding like actors at press junkets — it’s sort of by rote, and they say all the right things. So here’s somebody who’s not following that script. It’s like when Charlie Sheen was doing that stuff.” As Wilson says, for all the efforts to dismiss Trump as an entertainer, in truth it’s his opponents who are more likely to be playacting, reciting their politically correct and cautious lines by rote. The political market for improvisational candor is as large as it was after Vietnam and Watergate, and right now Trump pretty much has a monopoly on it.

I really hate consultantspeak. Sometimes it really is warranted (because no, I really don’t believe most of the public can understand complex issues without first getting lengthy education, and where’s that gonna come from?) but generally speaking, the political process is a parody of itself and Donald Trump is only the evidence. It will be interesting to see whether this leads to any lasting changes.