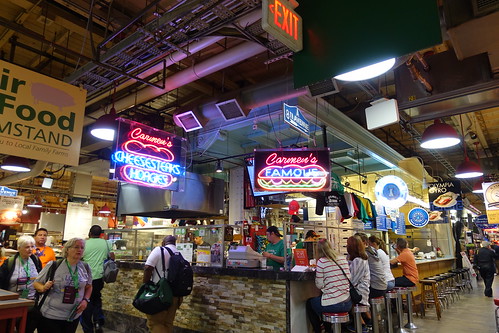 How could anyone not love it?

Aside from alcohol, there are two things, above all, that journalists, as a species, enjoy: sleeping in and free food. It was hard to imagine which of those would win out this morning at Reading Terminal Market, where a media breakfast for journalists on Pope assignment started at 8:30 a.m. The food was apparently a significant lure, particularly for local media whose members know better than most about the pleasures of Reading Terminal. And what pleasures they were: The freshly made food was donated by select RTM merchants, including Dutch Eating Place, Iovine Brothers Produce, Tootsie’s, By George, Beiler’s Donuts, and more. 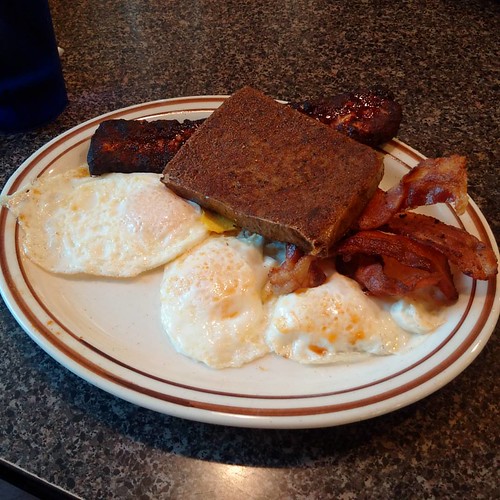 I wondered who’d go for the scrapple, outside of native Pennsylvanians, and how it would be described. The Marisa Tomei lookalike who help dole the food out said that, if asked, she’d explain that scrapple was a “breakfast meat” made of “mostly ground pork” — an optimistic description if ever I heard one. Later she told me the scrapple had indeed served as a conversation piece, but there were many more takers for Miller’s Twists’ Breakfast Stuffed Pretzels, which were made by wrapping salty soft pretzel dough around egg and cheese and bacon.