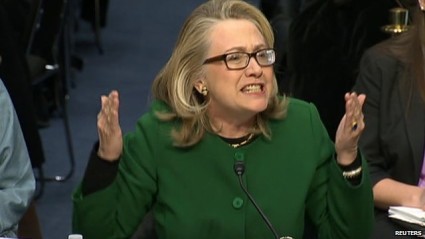 I don’t think this will surprise many people who work for the federal government:

WASHINGTON — In June 2011, Hillary Clinton and her top advisers bemoaned the outdated technology at the State Department, saying many officials had to use their personal email accounts in order to get any work done.

The email exchange, which came shortly after Google revealed that it suspected Chinese hackers tried to steal passwords of hundreds of Gmail users, including U.S. government officials, gives further insight into Clinton’s decision to forego a government email account while serving as secretary of state. ﻿

Anne-Marie Slaughter, who had served as the State Department’s director of policy planning until February of that year, sent an email to Clinton and three of her top aides — Huma Abedin, Cheryl Mills and Jake Sullivan — arguing that the issue of the State Department’s outdated technology needed to be highlighted:

I’m sure you’ve thought of this, but it would be a great time for someone inside or outside to make a statement/ write an op-ed that points out that State’s technology is so antiquated that NO ONE uses a State-issued laptop and even high officials routinely end up using their home email accounts to be able to get their work done quickly and effectively. Further cuts to State’s budget just makes matters much much worse. We actually need more funds to significantly upgrade our technology.

Clinton replied that her suggestion made “good sense.”

Mills said she was a bit concerned about this approach, even though she was someone who had a hacking attempt on her account.

“I am not sure we want to telegraph how much folks do or don’t do off state mail b/c it may encourage others who are out there,” Mills wrote.

Slaughter replied that a better approach might be for Clinton to more quietly press the case through lawmakers.

The 2011 exchange is contained in the latest batch of emails released by the State Department Wednesday as part of a court order to make public emails from Clinton’s personal server.