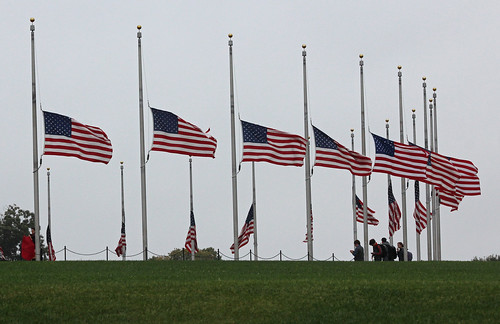 People is asking readers to let Congress — all 535 members — know how they feel about their response to the latest mass shooting:

It’s not just a tribute People is using its pages for, however. From editorial director Jess Cagle’s note:

As President Obama said, our responses to these incidents — from politicians, from the media, from nearly everyone — have become “routine.” We all ask ourselves the same questions: How could it happen again? What are we doing about gun violence in America? There are no easy answers, of course. Some argue for stricter gun laws, others say we should focus on mental health issues, some point to a culture that celebrates violence.

But this much we know: As a country we clearly aren’t doing enough, and our elected officials’ conversations about solutions usually end in political spin. [People]

Cagle goes on to urge readers to contact their representatives by devoting two entire pages of the magazine to a list of all 535 phone numbers of the voting members of the House and the Senate. That could mean a whole lot of phone calls: People is the 10th most circulated magazine in the United States, reaching 3.5 million subscribers.

“We need to know that our representatives in Washington, D.C., are looking for solutions and not giving up, and they need to know if we agree or disagree with their strategies,” Cagle said. “Let’s make sure they know from now on that routine responses just won’t cut it.” Feeling moved? You can find your own representative’s number here.