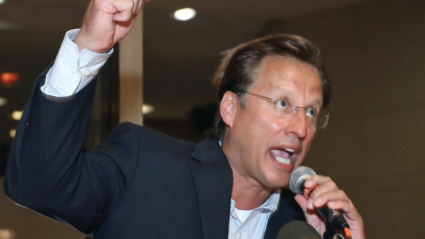 Washington Post Plumline blogger Greg Sargent nails the extreme Republicans in the House caucus as vandals. That sounds about right:

And so, the most likely explanation for what’s happening now is that Cruz and House conservatives continue to advocate for such tactics in the full knowledge that they cannot succeed and that GOP leaders will ultimately not opt for them as a result. This allows them to use GOP leaders as a foil, painting them as feckless enablers of the Obama agenda and feeding the story-line that only real conservatives (such as them) can be counted on to hold those sellout RINOs accountable. Cruz has been pushing this line to great effect as a rationale for his presidential run. The pleasing tale they tell is that the failure to roll back the Obama agenda is not structural — it’s not rooted in the fact that Republicans lack the votes to overcome Dem filibusters or Obama vetoes. It’s a failure of will, perhaps even a deliberate one. This is the same game Donald Trump is playing when he claims that you need a billionaire like him to bulldoze the process into producing the results Republican voters want.

Small wonder that Paul Ryan doesn’t want the job of House Speaker. At this point, accepting the gig is to assume the role of pre-designated stooge, willingly turning onself into a big, fat target for conservative blame over the continued failure to unravel the Obama presidency that keeps GOP voters seething. Brooks also neglects to accurately describe the role of GOP leaders in bringing us to this point. It isn’t that they were too incompetent to realize that these tactics would fail. Rather, it’s that again and again, they kept alive the charade for far too long that these tactics would ultimately force Democrats to surrender, even though they knew better.

The Republicans advocating for continued scorched earth tactics aren’t incompetents. They’re frauds. And from their point of view, they actually are getting the results they want. They get to continue telling the story they want to tell.

One thought on “Greg Sargent on the freedom frauds”