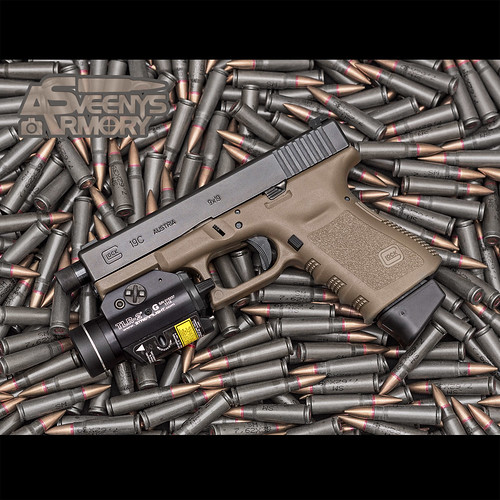 Good, because there are a handful of gun dealers in this country who account for the majority of guns used in crimes:

A Milwaukee jury on Tuesday handed a rare legal defeat to the gun industry, awarding $6 million to two police officers who were shot by a handgun acquired at a local gun store that they said was negligent in screening the buyer.

Milwaukee police officer Bryan Norberg and now retired officer Graham Kunisch sued Badger Guns in 2010 in Milwaukee County court. The lawsuit said the shop ignored several warning signs that the gun used to shoot the officers was being sold to a straw buyer who was illegally purchasing the weapon for someone else.

“It’s important to be able to take a gun dealer to task,” said attorney Patrick Dunphy, who represented the officers. Jurors awarded about $5 million in compensatory damages and $1 million in punitive damages.

Julius Burton, who was too young at the time to purchase a firearm, paid Jacob Collins $40 to buy a .40-caliber handgun at Badger Guns in May 2009, the lawsuit said.

During the purchase, Collins initially checked “no” on a federal firearms transaction form that asked whether he was the actual buyer of the weapon but a gun store employee told him to change his answer to “yes,” the lawsuit said.

Burton shot Norberg and Kunisch on June 9, 2009, when they attempted to apprehend him.

The gun shop’s attorneys denied wrongdoing. They said the owner of the store at the time of the gun sale, Adam Allan, couldn’t be held financially responsible for crimes connected to a weapon sold at his shop and that the clerk who sold the weapon didn’t intentionally commit a crime. Rather, they said Collins and Burton went out of their way to deceive the salesman.

Badger Guns, previously known as Badger Outdoors, has since closed and been replaced by a gun shop called Brew City Shooters Supply. All three entities have been run by Allan family members.

Authorities have said more than 500 firearms recovered from crime scenes have been traced to Badger Guns and Badger Outdoors, making it the “No. 1 crime gun dealer in America,” according to a 2005 charging document from an unrelated case.

Norberg and Kunisch cited that detail in their lawsuit, saying it showed a history of negligence.

If the verdict against the gun store survives possible appeals, it would be the first of its kind since Congress in 2005 approved a law making gun manufacturers and suppliers largely immune to lawsuits.

One of the law’s exceptions is in cases in which a gun store knowingly violates a state or federal law by facilitating a buyer’s purchase of a weapon for someone who is not legally allowed to buy one.

One thought on “Cops win lawsuit against gun dealer”