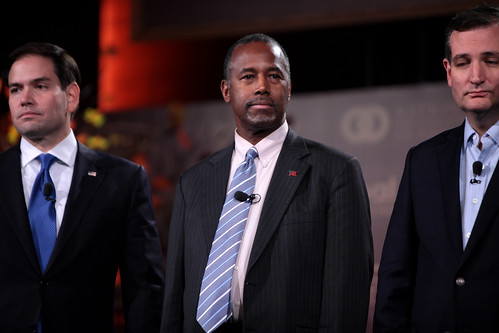 Not content with Donald Trump having all the attention for his latest string of bigoted statements, Ben Carson told CNN today that he too saw footage of Muslim residents of New Jersey celebrating the 9/11 attacks:

Trump did get back up from his primary opponent Ben Carson, who told reporters gathered in Nevada that he did see celebrations of American Muslims in New Jersey after 9/11.

“There are going to be people who respond inappropriately to events like that. I think that was an inappropriate response I don’t know if on the basis on that you can say all Muslims are bad people,” Carson said.