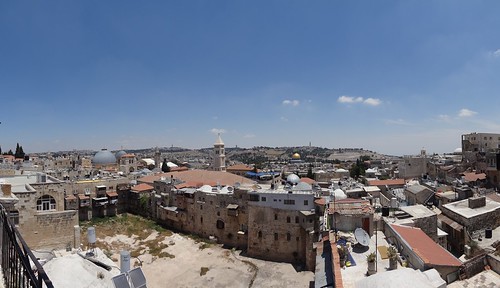 Good will toward men…

JERUSALEM — An Israeli anti-settlement watchdog group on Monday said the government has quietly worked on plans to build more than 8,000 homes in a strategic section of the West Bank near Jerusalem.

Peace Now said the homes are among more than 55,000 housing units at various stages of planning by Israel’s Housing Ministry. It said it had obtained the data after a two-year legal battle in response to a freedom of information request.

In a report, the group said the 8,372 units are envisioned for the strategic area known as E1. The Palestinians strongly object to settlement of the area, saying it would separate a future Palestinian state in the West Bank from east Jerusalem, their hoped-for capital, and drive a wedge between the northern and southern flanks of the West Bank.

“For these reasons, whenever an Israeli leader tries to promote the plans in E1, the international community strongly condemns them,” the report said.

One thought on “Peace on earth”