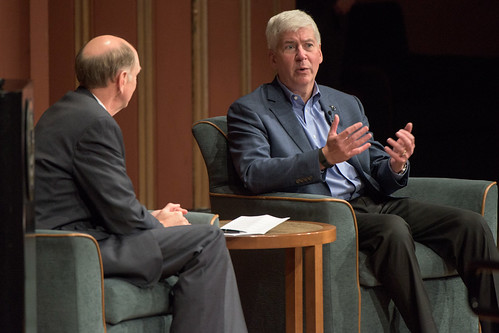 “We have not done a final assessment of that,” Weaver said Thursday after a closed-door meeting with Gov. Rick Snyder at his Lansing office. “We’ve heard from millions up to $1.5 billion. We’re doing assessments right now to see what it’s going to cost.”

Even though problems with Flint’s water problems have persisted for 19 months, state officials began kicking their response to the crisis into gear Thursday.

One thought on “Polluted politics in Flint”