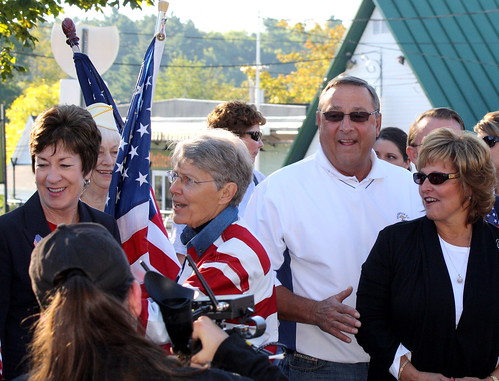 Paul LaPage is a real jerk:

Gov. Paul LePage made the remark while talking about the state’s heroin epidemic Wednesday. He described out-of-state drug dealers as “guys with the name D-Money, Smoothie, Shifty” and said “half the time they impregnate a young white girl before they leave.”

LePage is white. He once told the Portland NAACP chapter to kiss his “butt” and said he’d tell President Barack Obama to “go to hell.” He’s also likened the IRS to the Gestapo and called protesters “idiots.”

Moderate Republican and LePage critic Lance Dutson describes the governor’s comment about drug dealers as “blatantly racist.” He accuses the governor of “fearmongering.”

Hat-tip to Tatiana Mendez, who can be found either running trails with her dogs or defending clients in court.