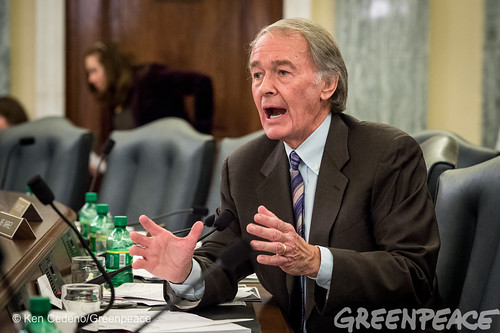 And I don’t like it. The fact is, a lot of the addicts in this country because addicts because they couldn’t get effective treatment for chronic pain. This will put those people through hell:

WASHINGTON (AP) — A Democratic senator said Monday he is blocking President Barack Obama’s nominee to head the Food and Drug Administration as he pressures the agency to be tougher on abuse of opioid painkillers.

Massachusetts Sen. Edward Markey said in a statement that he has put a hold on the nomination of Dr. Robert Califf, the No. 2 official at the agency, who was a prominent cardiologist and medical researcher at Duke University for more than 30 years.

“The FDA needs to commit to shift the way it approaches and evaluates addiction before I can support Dr. Califf’s nomination,” Markey said. “Until it does, we will continue to see this tsunami of opioid overdoses engulf family after family.”

2 thoughts on “The pendulum swings the other way”