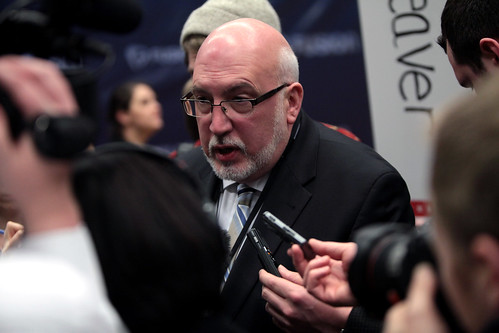 Even if you’re a Bernie supporter, you have to admit it’s kind of funny when the Sanders campaign, which made some political hay out of complaining there weren’t enough debates, is refusing to take part in a proposed NH debate. His people screamed that the DNC was stacking the deck against them, and now that they have a lead in NH, they’re afraid of losing it. Imagine that. Suddenly, playing politics is okay.

Which reminds me: Looks relatively certain Clinton will win in Iowa, and I’m getting the distinct impression from the campaign types I know that the Sanders people are really starting to worry about New Hampshire. Stay tuned.

Joan Walsh wrote a great piece endorsing HRC yesterday. My boss turned it into a hashtag.

I’m so glad I don’t live in Iowa this week. I can’t believe all the crazy attack ads flooding their airwaves — including the ones attacking Bernie being run by Republicans that are actually meant to help him beat Hillary. (My head hurts.)