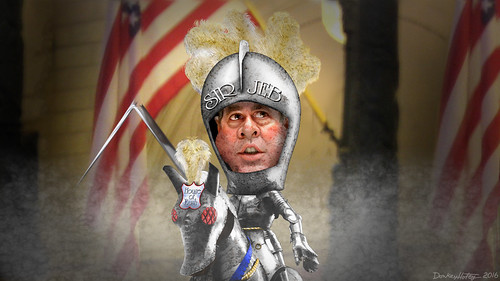 The biggest surprise to me about this GOP primary season is that Jeb Bush has fallen flat on his face. I was in Florida in 1999 the week he beat Bob Graham for governor; of course I was annoyed, but the more I saw of him on local TV, the more I understood that he was a naturally gifted politician who really connected with people.

I have no idea what happened to that guy. I really don’t.

Now his campaign is pushing a poll that shows him in second place in New Hampshire. I don’t know about that; all the other polls show him in third or fourth place. I guess we’ll see.

But as crooked and ruthless as the Bush family is, they’re dealmakers. If he became the nominee, there might be some semblance of actual government. Yeah, we’d see the return of crony capitalism on steroids, and God knows, the Bushes like wars, but I don’t see him pandering to the religious right or the Tea Party extremists.

He might be the best they have, and in the valley of the blind, the one-eyed man is king.

6 thoughts on “The mysterious downfall of Jeb Bush”