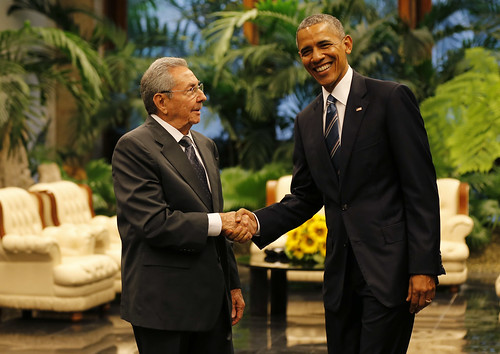 This press conference in Cuba is a BFD:

President Obama made history in Cuba today by getting Cuban President Raul Castro to field questions from reporters—inspiring an exchange over democracy and human rights that apparently left Cubans stunned. The White House negotiated to the last minute to make the press conference happen, the AP reports. Among the more memorable quotes: