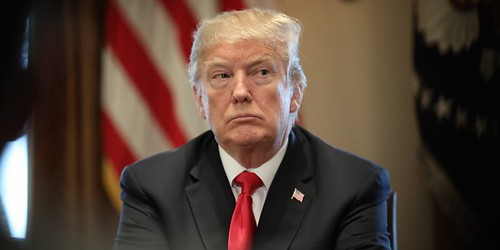 Didn’t we already know he was mentally ill?

President Donald Trump’s friends and confidantes are reportedly more worried about his emotional health than ever before.

As Trump becomes ever more focused on perceived attacks against him, constantly obsesses over TV coverage, and lashes out at friends and foes alike in public, many close to him say he is approaching “pure madness,” according to the Washington Post.

“I think the president is starting to wobble in his emotional stability and this is not going to end well,” he told the Post. “Trump’s judgment is fundamentally flawed, and the more pressure put on him and the more isolated he becomes, I think, his ability to do harm is going to increase.”

But others say things will likely get worse before they get better.

“We haven’t bottomed out,” one official told the paper.

One thought on “Good thing he doesn’t have an important job, huh”