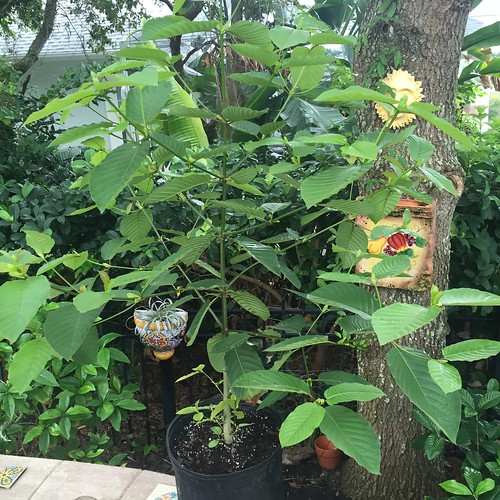 The FDA is trying to put kratom, a Southeast Asian plant, on Schedule 1, like heroin — just like they did with marijuana so long ago.

Here’s an interesting article from Rolling Stone. I strongly suggest you read it, because you’ll hear a lot of misleading information as the FDA gears up.

Read this typical post from the American Council on Science and Health, a pro-industry group that is famous for things like pushing formula over breast milk, for the kind of thing we can expect.

I’ve been using kratom for about a month for my knees. (My doctor offered me oxycontin; I said no thanks.) It also makes it possible for me to write without severe carpal tunnel pain — and my teeth don’t hurt.

And here’s the thing: Many, many people use kratom to get off heroin and other opioids. They say the withdrawal is mild, like quitting coffee. (It also helps people stop drinking.) But Big Pharma is gearing up to make a killing (ha ha!) on their own drugs, made especially to get people off their other drugs.

It would be just my luck to discover something really helpful right before they outlaw it.

And yes, I know about salmonella and e.coli. Reputable distributors test their supply. I’d be more worried about a McDonald’s burger.

The nationwide #Salmonella #outbreak traced to #kratom products has more than doubled in less than a month, infecting people in 35 states and resulting in the hospitalization of 39 percent of the victims. #foodsafety https://t.co/9qJZRHO9Ku

One thought on “We’ve seen this movie before”