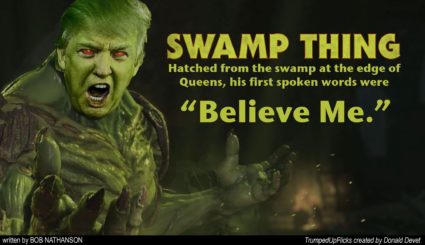 It’s easy to fall into the trap of viewing Mr. Mueller as a savior, an omniscient narrator who will soon reveal all. While there’s no way of knowing how important this narrative of corruption will be to the investigation as a whole, it does make plain that many of the problems unearthed by the special counsel are beyond his power as a prosecutor to resolve.

Instead, addressing them will require political will. The prosecution of Mr. Manafort may bring some justice, for example, but the loopholes that made his graft possible continue to exist for others to potentially exploit. In the absence of stricter, better-enforced regulations, foreign money will still be able to flow into United States elections.

These are issues to which Mr. Mueller cannot provide a solution, however long the public waits. Mr. Mueller is both a prosecutor and a storyteller. But the response to the story he tells is up to the country to determine through politics.

3 thoughts on “Who’s draining the swamp?”