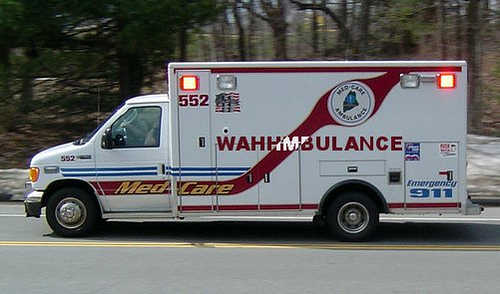 He’s such a moron:

President Donald Trump is getting frustrated with his administration’s own demands for border wall funding.

In a private meeting regarding the wall Monday, Trump fumed to senators and his own staff about the $1.6 billion the Senate is planning to send him this fall, according to two people familiar with the meeting. Trump wants the full $25 billion upfront and doesn’t understand why Congress is going to supply him funds in a piecemeal fashion — even though that’s how the spending process typically works.

[…] The president said at the meeting that if Congress doesn’t give him the resources he needs for border security, he will shut down the government in September, according to one of the people familiar with the meeting. He did not give a specific number, but has been fixated on getting the $25 billion in a lump sum.

In fact, the $1.6 billion figure came from Office of Management and Budget Director Mick Mulvaney, who was present at the meeting. Mulvaney submitted the request to Congress earlier this year, though the administration has since upped its ask to $2.2 billion.

Probably wants to pass it out in bribes before the midterms…