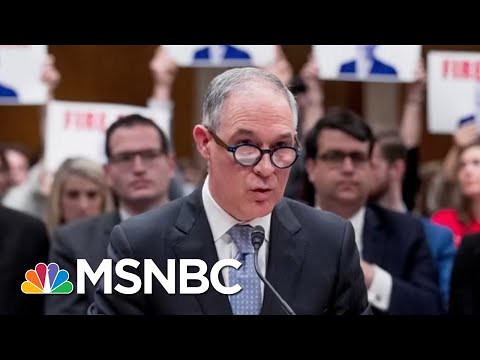 You can see the video at this link:

A woman publicly confronted Environmental Protection Agency (EPA) Administrator Scott Pruitt while he was eating lunch on Monday and urged him to resign, according to video posted on Facebook.

“EPA head Scott Pruitt was 3 tables away as I ate lunch with my child. I had to say something,” Kristin Mink posted on Facebook with an accompanying video of her encounter with Pruitt.

Minka, who is a schoolteacher according to her Facebook profile, lists off multiple scandals Pruitt has been ensnared in since becoming EPA chief, including the rental of a Capitol Hill condo owned by the wife of an influential lobbyist.

“We deserve to have somebody at the EPA who actually does protect our environment, someone who believes in climate change and takes it seriously for the benefit of all us, including our children,” Minka said.

“I would urge you to resign before your scandals push you out.”

One thought on “How rude”