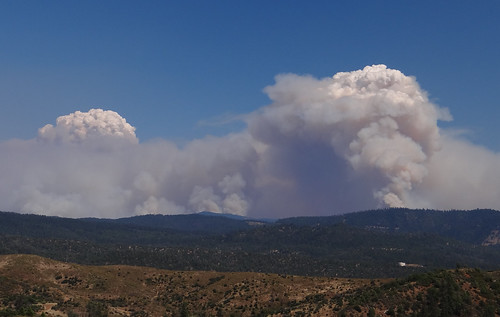 “Unmitigated crap,” one scientist called it:

Two years ago, an actual headline from CBS in Sacramento was, “Donald Trump Tells California ‘There Is No Drought’ As Drought Continues.”

And now, on Sunday evening, Trump’s denial of reality in California continued, as he attempted to blame the ever-worsening wildfires in the state on everything but climate change.

“California wildfires are being magnified & made so much worse by the bad environmental laws which aren’t allowing massive amount of readily available water to be properly utilized,” the President tweeted. “It is being diverted into the Pacific Ocean. Must also tree clear to stop fire spreading!”

The tweet came just hours after the Trump administration declared the California wildfires a major disaster.

Experts, however, immediately mocked Trump’s explanation — and his refusal to acknowledge that climate change is a major driver in worsening wildfires.