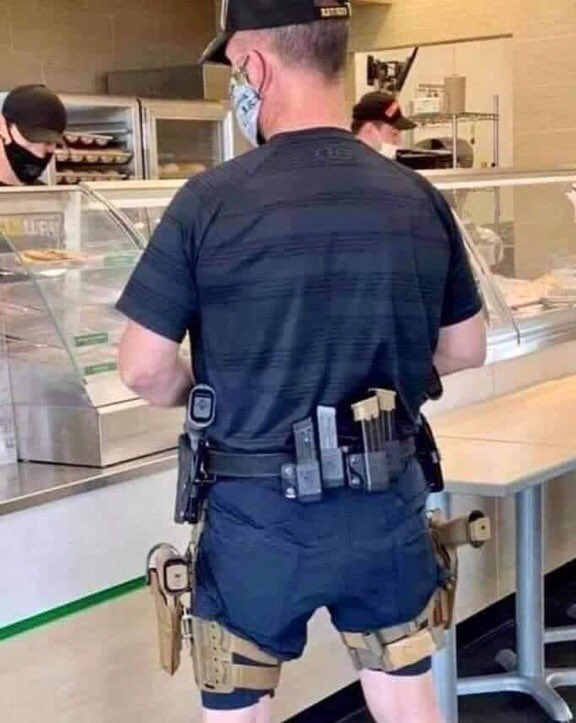 I am so thoroughly sick of guns, and the mess that people who worship and fetishize them leave in their wake. This weekend, we had a PA mother of 6 shot to death in North Carolina, where she was on vacation, celebrating her wedding anniversary. They left the kids home with the grandparents and were headed to Hilton Head. Her husband had trouble merging into traffic on I-95 and almost hit another car, so the driver (well-balanced, responsible gun owner that he is) pulled up alongside and started firing into the car. He killed her.

He fucking killed her. And that’s the country we live in, where anyone (almost always a man) can play out whatever meaningless revenge fantasy he has in his sick head and kill people to make himself feel like less of a loser. As one does!

On Friday night, a 24-year-old PhD student (a former Miss Nigeria) was shot dead in front of her family home in Northeast Philadelphia. It wasn’t even dark yet.

Also on Friday night, an 11-year-old was shot and killed while riding a scooter with his best friend. And hey, those (illegal) scooters are ungodly loud and annoying, and I’ve had a few revenge fantasies myself when people drive them down my quiet street in the middle of the night — but being a normal person, I’d never pull out a gun and start shooting at kids to express my frustration. Maybe it’s not a good idea to let people own guns in the first place.

Also on Friday night, a gunman opened fire on a group of people standing on the street outside a sports bar in Fishtown after there was some kind of altercation in the bar. Seven victims, four in critical condition. But hey, the shooter got his pride back!

Just to make it even more infuriating, I can’t tell you how many of these shootings are random, or mistaken identity. But as long as psychologically unstable males have easy access to guns as a way of expressing their masculinity, we can hardly argue about accuracy, right?

I can’t stop thinking about this: Just days after the Boulder mass shooting, a Denver man was pulled over in Nebraska for driving 120 mph. He tells a trooper his neighbors don’t like him, he had a breakdown, quit his job, left the state in his car.

This is where it gets weird… pic.twitter.com/qEeMkCjFyF

What does the Nebraska trooper find in this guy’s car? A handgun in his jacket, a loaded AR-15 with an illegal silencer, four other firearms, ammunition, a bulletproof blanket and vest, two brown wigs, and an Air Force costume. They also found weed. https://t.co/MTMY6UoF4f

They arrest him on guns/drug charges. But he’s RELEASED after posting $5,000 bond – after threatening to use his time in jail to “think about getting even with people,” said he’d kill a guard, exposed himself, and threw his poop around.

But I guess they let him keep his guns?

Because six days later, he shows up in Iowa and goes to a gun store to buy an AR-15. The store employee described the Denver man as “heavily armed and agitated.” Then the Denver man tells the employee he was surprised his friends didn’t suspect he was the Boulder mass shooter. 😳

So thankfully the Iowa gun store employee denied the sale, and then the store notified the ATF about the Denver man’s comments. Agents arrested him on a new federal charge stemming from the Nebraska traffic stop: illegal possession of a firearm as an unlawful user of marijuana.

Anyhoo, the self-described "firearms enthusiast” is now back in jail in Iowa and awaiting a hearing.

And somehow, America narrowly escaped another horrific mass shooting by a dangerous man who had easy access to an arsenal and was allowed to break the law over and over.

And the system (sort of) worked in Iowa, but – coincidentally- Republicans in Iowa just passed a bill to allow the carry of hidden, loaded handguns in public without a permit or training.