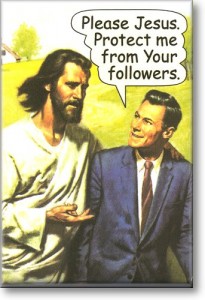 You know, for most women, deciding to have an abortion is already a heart-rending decision. Nothing like a little official coercion in the picture to make it even worse!

The Oklahoma Senate passed five abortion bills Monday night, which opponents have said will severely limit a woman’s ability to get an abortion and would entail some of the strictest anti-abortion measures in the country.

One of the bills would force a woman to get an ultrasound at least one hour prior to an abortion and be shown the image and given a detailed explanation of it, even if she wishes otherwise. A vaginal probe would be used if it would provide a clearer image of the fetus, which no other state requires; three others do require ultrasounds, but none force the woman to listen to an explanation of it.

State Sen. Anthony Sykes (R-Moore), the bill’s sponsor, said the measure was designed to provide women with additional information before having an abortion.

Other pieces of legislation also require clinics that perform abortions to post signs stating it’s “against the law for anyone … to force you to have an abortion,” forbid state exchange program insurance from covering abortions and prevent wrongful life and wrongful birth lawsuits.

One last bill would require the woman to first answer a lengthy questionnaire and provide information such as her age, marital status, race, education and reason for seeking an abortion. The doctor would then report this information – without the patient’s name attached, however – which would be compiled and put on a state web site and accessible only by certain government personnel.

The bill’s sponsor has said this would provide valuable information on who seeks abortions and why, in addition to helping create programs aimed at preventing abortions. Opponents of the bill, however, argue that this represents an unconstitutional invasion of privacy.

Jordan Goldberg, state advocacy council for the Center of Reproductive Rights (CRR), says she does not consider it “appropriate to use medical appointments and doctor-patient relationship to do fact-finding research gathering project at the expense of patient privacy.”

A letter to Gov. Brad Henry (D-Oklahoma) issued by the CRR arguing unconstitutionality of the bill stated, “nothing in the Constitution or the case law allows states to require women to justify their constitutionally protected decision to terminate a pregnancy.”

Of course, we can’t even have a national registry of who owns firearms, because that would be an infringement of gun owners’ constitutional rights. But this is different: It’s only womenfolk, and they probably don’t own guns.

And as you know, he who owns the guns makes the rules.

7 thoughts on “Jesus, Save Me From Your Followers”