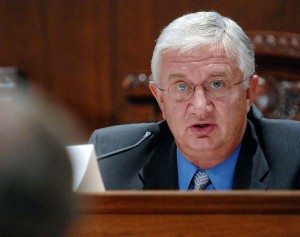 I guess women need to pull themselves together after their alleged “ordeal” and face yet another traumatic situation in the manner and time period proscribed by old white men:

New state legislation that would sharply restrict abortions in Pennsylvania was condemned on Friday by a statewide abortion rights group, Pennsylvanians for Choice.

A bill introduced by Sen. Don White, R-Indiana, would prohibit private health insurance plans sold in Pennsylvania’s state “exchange” — created under the new federal health care law — from offering abortions and require rape victims to report the crime within 72 hours in order to receive an abortion.

The insurance exchanges, which don’t go into effect until 2014, will serve those who do not have access to employer-based health plans, including the unemployed and small business employees.

The proposed bill would deny insurance plans participating in the exchange from covering abortions except in cases where the pregnancy was caused by rape or incest, or where the life of the woman is in danger.

The bill would require also rape survivors to personally report the crime and identify the assailant, if known, within 72 hours in order for their health insurance to cover an abortion procedure.