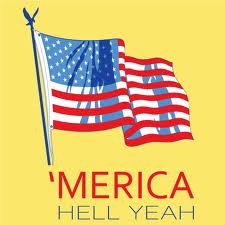 by Boohunney
This morning, I could not cruise through the internet as I usually do. So I decided to do a “fly by” to Len Hart’s site The Existentialist Cowboy.  I hadn’t visited in a while as he is my favorite “Truther.” But, he keeps his eye on other things as well. He’s a Texan on a mission.

This little screed titled “Eff the New York Times” (intentional misspell on my part)  was linked one of the posts regarding civil liberties. There was no date on this post, but, it had a link to the “Stranger” site out of Seattle. From the links on this, I guess it was originally posted in 2004 (?), maybe? Take a look down “Memory Lane.”

The links were similar a “greatest hits” list of eroding freedoms and civil liberties right after 9/11. Remember all the concerns about Diebold? Warrantless wiretaps? FISA? (Oh. He voted for it as a Senator, didn’t he.) The disregard for the Geneva Convention was done in such a cavalier fashion.

Our local police forces are being militarized. Gratuitously equipped for what? Tasers are used instead of common sense and interaction. ” To serve and protect” has a new meaning, now.

I drove through Forsyth, Jawja; the home of GPSTA (Georgia Police State Training Academy) in I-75. This is where police people go to train to pull people over for driving violations,  shoot a gun and all that police stuff. One can witness an educational police exercise in how to search a car almost anytime one drives through there. A lot of the time it looks like someone being pulled over for “driving while brown.” No joke.

Now, we have drone surveillance.

I just don’t think that so many of us are so interesting that we need to be watched so much.