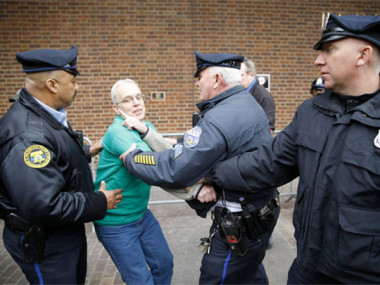 The beat goes on….

PHILADELPHIA — More than two dozen people were arrested Monday after they blocked entrances to the William J. Green Federal Building in Center City to protest the proposed Keystone XL pipeline.

The protesters – most of them members of the Philadelphia-based Earth Quaker Action Team – said they were calling on President Obama to block construction of the pipeline. They gathered on the plaza outside the federal building to wave signs, chant slogans, and block entrances.

“This is a preview of the resistance to come,” said Alexa Ross of West Philadelphia. Activists around the country, she said, have pledged acts of civil disobedience to protest the project, which has been controversial since its inception.