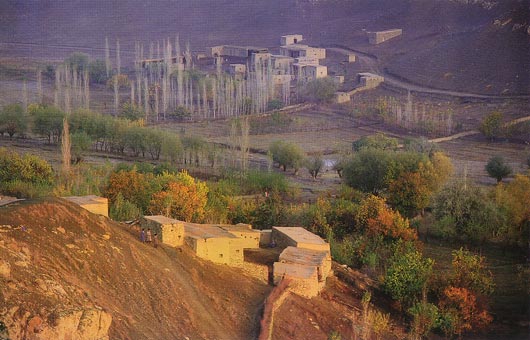 Ah yes, I remember when the Obamabots kept explaining to me how much we needed the constitutional law professor in the White House, so fake wars would never happen again! Funny, how few of them admit they were wrong. Glenn Greenwald:

Even more remarkable, it turns out the very existence of an actual “Khorasan Group” was to some degree an invention of the American government. NBC’s Engel, the day after he reported on the U.S. government’s claims about the group for Nightly News, seemed to have serious second thoughts about the group’s existence, tweeting:

Indeed, a Nexis search for the group found almost no mentions of its name prior to the September 13 AP article based on anonymous officials. There was one oblique reference to it in a July 31 CNN op-ed by Peter Bergen. The other mention was an article in the LA Times from two weeks earlier about Pakistan which mentioned the group’s name as something quite different than how it’s being used now: as “the intelligence wing of the powerful Pakistani Taliban faction led by Hafiz Gul Bahadur.” Tim Shorrock notedthat the name appears in a 2011 hacked Stratfor email published by WikiLeaks, referencing a Dawn article that depicts them as a Pakistan-based group which was fighting against and “expelled by” (not “led by”) Bahadur.

There are serious questions about whether the Khorasan Group even exists in any meaningful or identifiable manner. Aki Peritz, a CIA counterterrorism official until 2009, told Time: “I’d certainly never heard of this group while working at the agency,” while Obama’s former U.S. ambassador to Syria Robert Ford said: ”We used the term [Khorasan] inside the government, we don’t know where it came from….All I know is that they don’t call themselves that.” As The Intercept was finalizing this article, former terrorism federal prosecutor Andrew McCarthy wrote in National Review that the group was a scam: “You haven’t heard of the Khorosan Group because there isn’t one. It is a name the administration came up with, calculating that Khorosan … had sufficient connection to jihadist lore that no one would call the president on it.”

What happened here is all-too-familiar. The Obama administration needed propagandistic and legal rationale for bombing yet another predominantly Muslim country. While emotions over the ISIS beheading videos were high, they were not enough to sustain a lengthy new war.

So after spending weeks promoting ISIS as Worse Than Al Qaeda™, they unveiled a new, never-before-heard-of group that was Worse Than ISIS™. Overnight, as the first bombs on Syria fell, the endlessly helpful U.S. media mindlessly circulated the script they were given: this new group was composed of “hardened terrorists,” posed an “imminent” threat to the U.S. homeland, was in the “final stages” of plots to take down U.S. civilian aircraft, and could “launch more-coordinated and larger attacks on the West in the style of the 9/11 attacks from 2001.””

As usual, anonymity was granted to U.S. officials to make these claims. As usual, there was almost no evidence for any of this. Nonetheless, American media outlets — eager, as always, to justify American wars — spewed all of this with very little skepticism. Worse, they did it by pretending that the U.S. government was trying not to talk about all of this — too secret! — but they, as intrepid, digging journalists, managed to unearth it from their courageous “sources.” Once the damage was done, the evidence quickly emerged about what a sham this all was. But, as always with these government/media propaganda campaigns, the truth emerges only when it’s impotent.

2 thoughts on “Another fake terror threat”