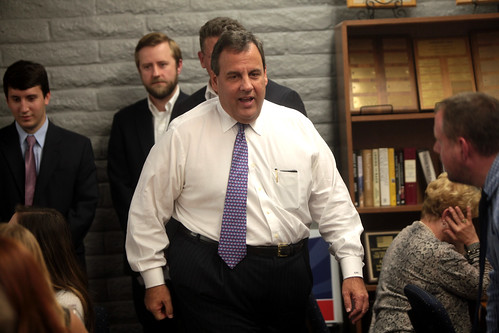 TRENTON — Eighteen months ago, Tyler Loftus was a 20-year-old man who worked three part-time jobs despite his autism and mental illness. Supervised by a facility in Langhorne, Pa., that was his home since 2004, Loftus found friends and a stable life.

That stability ended in the spring of 2013, when Loftus was selected to be among the first wave of about 500 “Return Home New Jersey” candidates — people with disabilities who were living in out-of-state facilities the Christie administration intends to transfer to less expensive in-state group homes closer to their families. The plan has been met with anger from many families and a failed attempt at reversing it with legislation.

Loftus’ mother, Rita O’Grady of Hampton, welcomed the transfer initially so he could be closer to home. But since her son left the Woods residential center in Langhorne, he has shuttled between multiple group homes, three hospitals, a motel, and the Hunterdon County jail, where he was locked up for two weeks on charges of possessing a penknife and making threats against group home employees the state paid to take care of him.

Loftus’ arrest, while frightening and maddening, was also predictable, his mother said, adding that her son has not received any of the psychiatric care state officials at the state Division of Developmental Disabilities promised.

Now 22 and mentally and emotionally regressing, Tyler is paying the price of that flawed plan, O’Grady said. And he worries what will happen if others are rushed back to New Jersey before the state and private agencies figure out how to meet their complex needs.

2 thoughts on “Another staggering tale of Republican ineptitude”