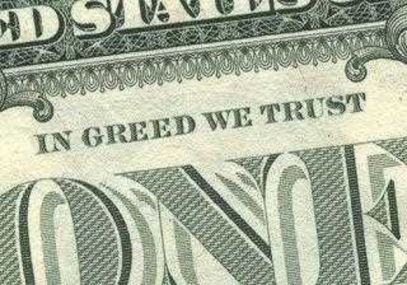 I read things like this and I think, “Yeah, there’s going to be a revolution.” We don’t know when, and we don’t know what will light the fuse, but it’ll happen. Because they’re just too fucking greedy to let it go on:

On the morning of Jan. 29, construction workers were building a seawater pipe at Oliktok Point, part of a sprawling network of oil fields owned by ConocoPhillips on Alaska’s arctic North Slope, when they received an ominous notice. Workers at the icy camp would be required to attend a “safety stand-down” meeting, which is typically announced only after a job-site accident involving serious injury. One such meeting was called earlier this year, according to a contracted worker at the site, when a mechanic’s fingers were mangled by an industrial fan. Working in one of the world’s coldest and most isolated regions in the dead of winter—the nearest town of Deadhorse is roughly 40 miles away—comes with a host of potential hazards, and it was unclear to the crews what had happened and who might have been hurt.

When nearly 200 construction workers assembled inside a large heated tent just outside the camp, they learned the meeting’s true purpose. An unfamiliar manager, identified as John Schuelke from ConocoPhillips’ Anchorage office, took to the stage and told them that there hadn’t been an accident. Instead, the company had gathered the group, mostly construction contractors, to tell them how they should vote in Alaska’s upcoming August primaries. The oil and gas industry, Schuelke said, was fighting Democrat-supported Ballot Measure 1, which sought to repeal a massive tax cut for oil companies that Alaska’s Republican-controlled state Legislature had recently passed. Schuelke told the crowd to vote against the repeal, according to the contracted worker, who was present. Schuelke claimed that many of the area’s jobs relied on the tax break. The implication was clear: Vote against repeal or your industry and your livelihood will suffer.

“I’d never seen so many confused faces and so many frowns,” the contractor said. “It was definitely an abuse of our safety culture.” (A ConocoPhillips spokeswoman said the primary purpose of the meeting was to reinforce safety measures.)

This particular construction worker favored repeal, which Democrats argued would allow Alaska to equitably tax oil companies to fund its struggling public school system and other vital services. Yet the contractor said that corporate management’s forceful political agenda at the site, where ConocoPhillips oversees a patchwork of oil field contractors, made it unwise to express a dissenting point of view. “The feeling was that if we didn’t stay quiet we could get blackballed from the Slope,” the contractor said. A welder and a pipefitter did jump up during the meeting to yell, “What does this have to do with safety!” and another worker walked up to Schuelke afterward to say she wouldn’t vote as he’d instructed. But everyone else was “in fear of their jobs and said, ‘I didn’t agree with what that guy was saying but you guys better be quiet or you’re gonna get fired.’ They were scared.” Afraid of becoming unemployable on Alaska’s North Slope, the contractor spoke with me on the condition of anonymity.

BIPAC aims to turn private employers into “employee political education” machines for business interests.
It isn’t the first time in recent years that large American employers have told their employees how to vote. For instance, in the lead-up to the 2012 presidential election, employees of Koch Industries and Cintas, the uniform company, leaked letters they had received in which CEOs indicated a strong preference for Republican presidential candidate Mitt Romney; the Cintas letter predicted heavy job losses if President Obama were re-elected and asked workers to visit the company’s political website, which featured negative rankings of legislators thought to be hostile to a pro-business political agenda.
But there is a common thread that links those efforts to those associated with ConocoPhillips and scores of other American companies: the Business-Industry Political Action Committee, or BIPAC, a political organization that has attracted little media scrutiny.

2 thoughts on “Coercion much?”