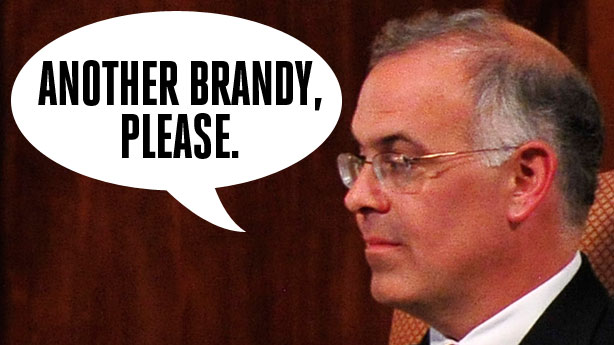 So David Brooks wrote this about Ebola hysteria:

The critics point out that these people are behaving hysterically, all out of proportion to the scientific risks, which, of course, is true. But the critics misunderstand what’s going on here. Fear isn’t only a function of risk; it’s a function of isolation. We live in a society almost perfectly suited for contagions of hysteria and overreaction. In the first place, we’re living in a segmented society. Over the past few decades we’ve seen a pervasive increase in the gaps between different social classes. People are much less likely to marry across social class, or to join a club and befriend people across social class. That means there are many more people who feel completely alienated from the leadership class of this country, whether it’s the political, cultural or scientific leadership. They don’t know people in authority. They perceive a vast status gap between themselves and people in authority. They may harbor feelings of intellectual inferiority toward people in authority. It becomes easy to wave away the whole lot of them, and that distrust isolates them further. “What loneliness is more lonely than distrust,” George Eliot writes in “Middlemarch.” So you get the rise of the anti-vaccine parents, who simply distrust the cloud of experts telling them that vaccines are safe for their children. You get the rise of the anti-science folks, who distrust the realm of far-off studies and prefer anecdotes from friends to data about populations. You get more and more people who simply do not believe what the establishment is telling them about the Ebola virus, especially since the establishment doesn’t seem particularly competent anyway.

And Charlie Pierce wrote this:

Gee, I wonder how all that could have happened. I wonder how rigid class distinctions could have arisen and solidified again, decades after young Cabot Hastings Eliot married Kathleen ni Houlihan Shea, the downstairs maid, overturning the established social order, and throwing the annual cotillion into chaos. I wonder how, in a nation born of Enlightenment values, dedicated to reason in all things, in the country that sent men to the moon, conquered polio, and invented the Internet and Tang, the citizens could have been induced to abandon science and retreat into primal superstition, how they all could have climbed so deeply in what was thought to be a vestigial national lizard brain. It’s almost as though there were a political movement that came along that found that it could deploy fear and superstition, and bogus economics, to gain political advantage. It’s almost as though there were a political movement that sanctified the notion in the public mind that the government, the ultimate product of the ongoing creative experiment of self-government, was the problem. It’s almost as though there were a major political party, in a country that only allows itself two, that gave itself over to this political movement and proposed and enacted policies that recreated the old class divides while sowing distrust of empirical solutions and of expertise in every area from climate science to the making of war. It’s almost as though there was a class of ambitious journalists who saw promoting this movement as the golden stairs to fame and riches, and is now looking over the rubble of what that movement caused and blaming it on a natural disaster, or the intervention of the brain from planet Arous.

To quote, not George Eliot, but Les Nessman, five-time winner of the Buckeye Newshawk Award: “It’s as though the turkeys mounted a counterattack. It’s almost as if they were…organized.”

4 thoughts on “I wonder how that could have happened”