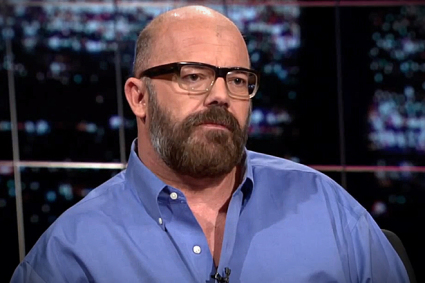 I don’t quote him often, but when I do, it’s a doozy. Andrew Sullivan:

This is evidence that Obama’s weakness and vacillation on the question of torture has done great damage. Hayden is using the Obama DOJ’s own white-washing report to minimize the war crimes in the Senate report. One of the ironies in this, of course, is that Hayden has been criticizing the Senate Report’s failure to interview the CIA torturers themselves, even though the Durham investigation legally precluded that for three years. But the Senate Report had an obvious alternative to such interviews: it had the CIA’s own internal documents, its very internal conversations, in which it is perfectly clear that as they were practicing torture, they knew what they were doing could not be described by anyone as “humane”. These documents alone are more than sufficient proof of the claims made in the report. They are definitive. More to the point, no documents were included from any other source – either to buttress or to contradict the findings. But in the Durham “investigation”, the torturers were interviewed but not the victims – a clearly rigged process designed to exculpate the war criminals.

There should, in my mind, be no debate about prosecutions for war crimes. Seriously, can you imagine the US opposing such prosecutions if they were in a foreign country? Besides, the US’ clear international and domestic legal obligations admit of no exceptionfor the prosecution of those credibly accused of torture – let alone of those, like Cheney, who have openly bragged about it. It specifically bars any exception in the case of national emergency. Not to prosecute because of such an emergency is therefore to end the Geneva Conventions – which is what Obama has effectively done. He must not be let off the hook for that fateful step – and what it does to the core meaning of the United States.

From now on, the US is a human rights violator of the first order under international law, a rogue state that has explicitly tortured innocent people and never held anyone legally responsible. I know that sounds terribly harsh. But how is it untrue? And to refuse to prosecute war crimes is to condone war crimes. Not burglary or robbery – but the gravest crimes against humanity that we can imagine. The perpetrators walk among us, many still in the CIA, and some holding presidential Medals of Freedom. Whatever absurd self-congratulations about this report, we should be in no doubt that this makes us no better in this respect than some South American junta before the transition to democracy.

And the fact that we are the most powerful country on earth makes this about much more than just us. It casts a dark and long shadow over humanity. It makes torture everywhere more likely, and more pervasive. It legitimizes evil. It removes from us any moral standing when it comes to Americans being tortured by these very same techniques – as they already have been in Syria, and as they will be in the future. When an American prisoner is tortured by an enemy power in the future, we will have no grounds to complain. Can we just face up to that instead of engaging in so much avoidance and denial? We didn’t just break Iraq; we broke the very structure of basic human rights that this country fought two world wars to establish.

2 thoughts on “They need to go to jail”