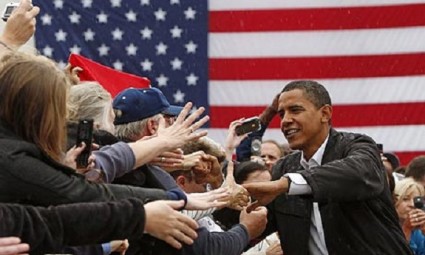 It really is crazy, how willing we are to let the government criminalize anything they want. Like the new legislation “to protect our kids” Obama talked about during the SOTU. Via WhoWhatWhy.org:

In fact, the new cybersecurity legislation would further criminalize the kind of activity for which Brown is due to be sentenced in Dallas federal court on Jan. 22. Judge Sam A. Lindsay will decide whether to let Brown, 33, off with time served for the more than two years he’s already spent behind bars, or imprison him for a maximum of eight-and-a-half years. Brownstruck a deal to plead guilty to, among other charges, a Computer Fraud and Abuse Act (CFAA) felony.

That particular element of the case against Brown demonstrated how he, as a journalist, worked with hackers to expose corporate behavior. The CFAA violation involved his efforts to shield one of his sources, Anonymous hacktivist Jeremy Hammond, from prosecution. Hammond, a self-described anarchist based in Chicago, broke into the computer systems of the private intelligence firm Stratfor hoping to expose wrongdoing and corporate malfeasance.

Brown’s prosecution fits a pattern that has seen the U.S. government treat online journalists, crusading bloggers and idealistic hacktivists as enemies more than new-style investigative reporters. Already, his sentence stands to chill those who would emulate him in conducting real-time, public research into leaked data troves. At the last hearing in Brown’s case, in December, journalist Quinn Norton testified that his prosecution was “absolutely chilling” to 21st Century journalism.

With President Obama’s legislation, it will become easier for prosecutors to pursue such people. The proposals would, among other things, broaden the meaning of “unauthorized access” such that the Department of Justice could more easily turn the sharing of hyperlinks into illegal “trafficking” as they see fit. Prosecutors accused Brown of that but dropped nearly that entire indictment amid sharp criticism that they were bending the law and attacking free speech.

2 thoughts on “No free speech for you!”