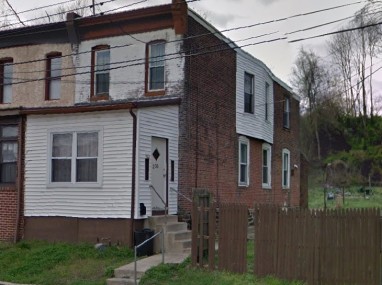 This brings back memories. After my divorce, I rented a shitty little house in a downwardly-mobile small town and the landlord was a Republican muckety-muck. The heating bills were, quite literally, through the roof (there was a giant hole in the eaves he never bothered to fix, although I see by the picture he finally did) and I got behind on the rent. I had to walk a thin line, pretending I had no idea what he was proposing, but it was creepy and gross:

McAllister, 63, was arrested Thursday outside the Vermont Statehouse, where lawmakers are finishing work on the 2015 session and was released after posting the $20,000 bail. Officials would not confirm whether he spent Thursday night in jail. Under his conditions of release, McAllister is not allowed to contact the alleged victims.

Court documents paint a picture in which McAllister repeatedly sexually assaulted one victim on his farm property starting in the December 2012 in exchange for work and lodging. Another victim was allegedly sexually assaulted repeatedly starting in the summer of 2013 while working on the farm property and as a cleaner for McAllister in Montpelier. The two women were assaulted close to 100 times, according to court documents.

“It came to light that Mr. McAllister was offering to assist a victim who was living on his property in one of his housing units — a sister with the rent she was behind on and a sister with living arrangements — by trading sexual favors,” said Franklin County State’s Attorney Jim Hughes said. “Since late 2012, they were alleging a pattern of this behavior.”