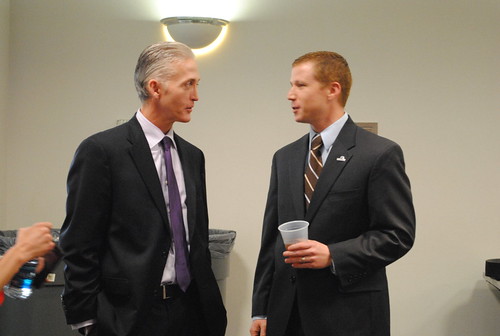 But they sure do want to cause the maximum damage with their tantrums:

“A movement to pull Gowdy into the race for majority leader began to rapidly pick up momentum Tuesday morning… Rep. Mick Mulvaney (R-S.C.) said the interest in Gowdy is rising because the current candidates for majority leader — House Budget Chairman Tom Price (R-GA) and current GOP Whip Steve Scalise (R-LA) — are fighting a hotly contested battle and some members may like to see another voice enter who could emerge as a consensus pick.”

Politico: “House GOP leadership races are conducted by secret ballot, so there’s an extra level of intrigue that goes along with these races. Scalise and Price have locked up support, but there’s nothing stopping a lawmaker from reversing themselves and abandoning their commitment when it comes times to vote.”

One thought on “They don’t have the votes”