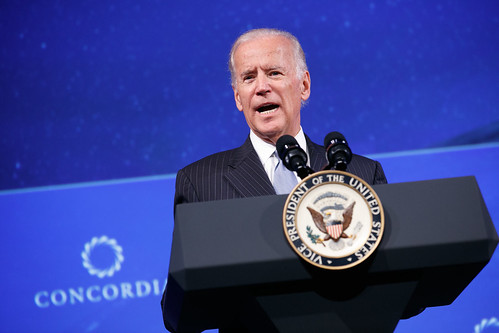 Maybe it’s because I dated an Irish politician that I would never dream of taking one at their word. And it’s clear to me that Joe Biden is still trying to sandbag Hillary Clinton, hoping the Dems come running to him to save the day. You know why? He hates raising money and campaigning, so he just wants to be crowned by acclamation:

And while Biden said Democrats had a slate of “great candidates” running for president, he suggested Clinton was a newcomer to issues like the growing gap between rich and poor.

Really, Joe? Forty years of advocacy for women and children on issues like income stability, pay and benefits means she’s a newcomer to income inequality? (Says the anti-abortion senator from MBNA.)

“Bernie is speaking to a yearning that is deep and real. And he has credibility on it,” Biden said during an interview with CNN chief political analyst Gloria Borger.

“It’s relatively new for Hillary to talk about that,” Biden continued, acknowledging that Clinton has “come forward with some really thoughtful approaches to deal with the issue” of income inequality.

“Hillary’s focus has been other things up to now, and that’s been Bernie’s — no one questions Bernie’s authenticity on those issues,” he said.

Oh, Jesus Christ. Here we go with the code words. Look how blatantly this blarney-peddling politician paints Clinton as inauthentic. He does everything but put his hand to his mouth and whisper, “But don’t say you heard it from me.”

7 thoughts on “The green-eyed monster”