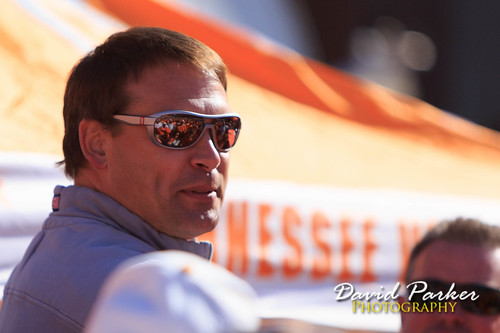 My friend Tom Sullivan wrote a good piece about what happened with Heath Schuler over at Digby’s place last week, and everyone should read it. It’s a good reminder of how purity politics works out — because, as Tom points out, these outcasts are so often replaced by teabaggers:

Almost to a one, the complainants got the bills they wanted passed passed. What they obsessed over were the times they felt betrayed when, for whatever reason, their Democrat didn’t vote their way on some key vote. (It’s a conservative district; Pelosi gave him a pass?) In spite of the fact that they got what they wanted legislatively, they wouldn’t let it go. Because what they really want in a representative is a soul mate. In spite of the fact that Shuler voted (to that point) 85% of the time with the caucus and his Republican predecessor, Charlie Taylor, would have voted +/- 0%, people wouldn’t take winning for an answer. Their soul mate had hurt them.

This is politics. If you want a soul mate, try Match dot com.

Yes, the contest between Bernie Sanders and Hillary Clinton has gotten heated. But as David Roberts writes, “the differences between them pale next to their shared differences with any Republican in the race.” He observes at Vox:

In 2016, barring some truly disruptive political event (which, who knows, Trump may prove to be), Republicans are going to keep control of the House of Representatives. They may keep control of the Senate as well, though that’s less certain, but all they need to block any hope of an expansive legislative agenda is the House, something Obama has learned over and over again.

So there will be no single-payer health care, no national carbon tax, no free college, no reparations. Given the current disposition of the Republican Party, it will be a miracle if regular-order business like budgets and debt ceiling bills can get through — if the government can keep functioning at all.

On legislation, the next Democratic president (if there is one) will mostly play defense, using the filibuster or, if necessary, the veto pen.

What progress there is on domestic policy will come from inventive, assertive use of executive power and smart appointments, both judicial and administrative.

One hopes there will be legislative movement on climate change and improvements to health care, etc. But I agree with Roberts that the next Democratic presidency “will mostly be a rearguard battle.” Anymore, Republicans view any Democrat in the White House as illegitimate. So here’s what matters to me most going into 2016: protecting the Supreme Court from Republican appointees who would dismantle women’s rights, minority rights, and voting rights over the next 30 years. Either Sanders or Clinton would prevent that as president. Their other differences are trifles compared to that.

This reminded me of what happened with Bart Stupak, who angered a whole lot of people (including me) by holding his vote hostage for a promise to keep abortion from being covered in the Affordable Care Act. He had to be punished, right?

As it turns out, Stupak had a very progressive voting record — except on abortion. We drummed him out of the party, and of course his seat was taken by a teabagger Republican.

As Tom points out, maybe we need to rethink that whole retribution strategy.

2 thoughts on “Falling in love again”