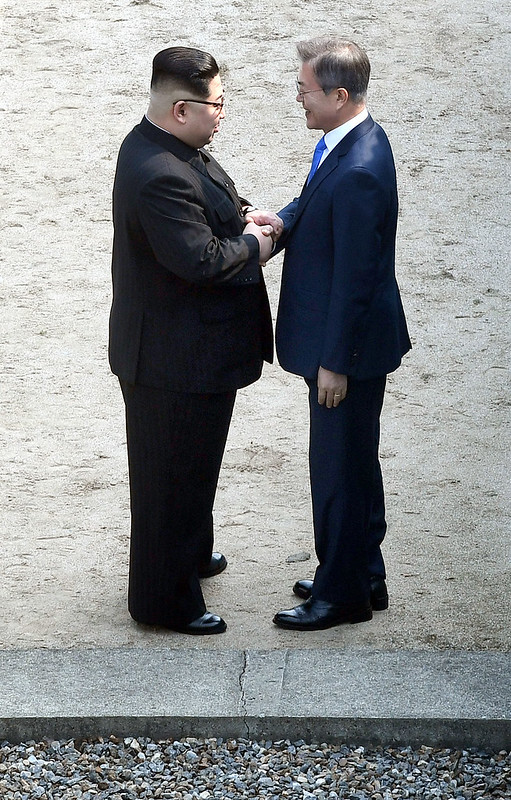 Trump really thought it was going to be that easy, didn’t he? Moron.

North Korea has announced it is suspending scheduled talks with South Korea due to US-South Korean military drills, which it called a “provocation”.

North Korea’s state-run Central News Agency (KCNA) said that the so-called ‘Max Thunder’ drills between the South Korean and US Air Force are simply a “rehearsal for [an] invasion of the North and a provocation amid warming inter-Korean ties,” Yonhap News Agency reported.

“This exercise targeting us, which is being carried out across South Korea, is a flagrant challenge to the Panmunjom Declaration and an intentional military provocation running counter to the positive political development on the Korean Peninsula. The [US] will also have to undertake careful deliberations about the fate of the planned North Korea-US summit in light of this provocative military ruckus jointly conducted with the South Korean authorities,” KCNA said.

The talks, scheduled for 16 May, were meant as a follow-up to the historic and opulent ceremony during which North Korean leader Kim Jong-un and South Korean President Moon Jae-in signed the Panmunjom Declaration for Peace, Prosperity, and Unification of the Korean Peninsula during the Inter-Korean Summit on 27 April. The signing took place in the in the neutral territory between the two Koreas, the Demilitarised Zone (DMZ), and officially ended the war that began when the north and south split in a battle over communism and democracy that began on 25 June 1950.