If we live in the land of the free and all that twaddle, then why do our cops treat protesters as if they’re terrorists rather than fellow citizens? Inquiring minds, including a prominent United Nations official, want to know. More here.

… of what happened on Friday, in broad daylight, in America. I’m sorry, but can anyone out there explain to me why this cop shouldn’t face assault charges, and why the chancellor of UC Davis shouldn’t immediately be fired?

You could argue we’ve been living in Huxley’s Brave New World and are transitioning to Gary Shteyngart’s Super Sad True Love Story, in which cops are everywhere and armed to the teeth. More here.

I share Robert Reich’s opinion of the corporate kingpins who are trying to drive a stake through the ailing heart of our democracy:

A funny thing happened to the First Amendment on its way to the public forum. According to the Supreme Court, money is now speech and corporations are now people. But when real people without money assemble to express their dissatisfaction with the political consequences of this, they’re treated as public nuisances and evicted…

However, Reich’s suggestion for undoing the harm done by Michael Bloomberg, the Koch brothers and other corporatists sounds hazy at best:

… If Occupiers are expelled from specific geographic locations the Occupier movement can shift to broad-based organizing around the simple idea at the core of the movement: It’s time to occupy our democracy.

It would be a big mistake to give up on the encampments around the country that have made the Occupy movement a genuine force for change. 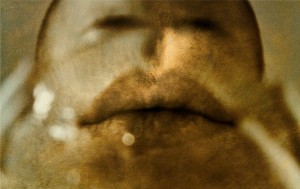 Barbara Ehrenreich, author of Nickel and Dimed, weighed in today on the OWS mess, lest we forget the disgraceful abandonment of the poor and middle-class by Barack Obama, the anti-FDR:

“One of the appalling things here is that there are so many Democratic mayors involved in these crackdowns or in Bloomberg’s case, someone who is seen as a liberal,” Ehrenreich said in a telephone interview. “And where in all this was Obama? Why couldn’t he have picked up the phone at some point a couple of weeks ago and called the mayors of Portland and Oakland and said: ‘go easy on these people. They represent the anger and aspirations of the majority.’ Would that have been so difficult?”

Naomi Wolf on the police offensive against the Occupy Wall Street movement.

At what point did we all decide that you had to have a permit that designated where you could and could not protest? “We” never made such a decision, of course. More here.

Good job by David Carr in nailing Gannett and reminding us that reporters and editors who work for the corporate media, whether they realize it or not, are in the same predicament as the unemployed and underpaid who have taken to the streets. More here.