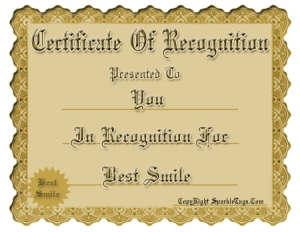 I guess some people think politics is like being a kindergarten teacher and their job is to build their students’ self esteem, even if there’s nothing all that special to brag about. That’s why we have “awards” like “Best Smile,” “Best Hugger” and “Most Improved.”

I just don’t happen to think that the president of the United States should be marked on the curve. It’s baffling to me that so many people bend over backwards to excuse or rationalize his corporate-friendly decisions; you have to wonder why.

Here’s a handy rule of thumb: If it not only didn’t fix the problem, it made it worse, IT WAS THE WRONG DECISION.

When someone has a serious bacterial infection, you don’t give them one day’s worth of antibiotics. That’s because you’ve only made the infection even stronger. To praise an inadequate stimulus package that didn’t do the job (and in fact, resulted in THE SAME 10% UNEMPLOYMENT IT WAS SUPPOSED TO PREVENT), well, that’s a little nuts.

I don’t mark on the curve, never have. (I used to feel guilty that I didn’t praise every single drawing or painting my kids did — until their high school art teacher told me my kids were the only students she ever had that could take a critique without falling apart.)

I don’t know everything he’s dealing with in the White House. But the people criticizing him (Robert Reich, James Carville) have worked in the White House and probably have a clearer sense of what’s possible than I do. And when a bunch of economic minds like Paul Krugman, James Galbraith and Joseph Stiglitz tell you your plan will make things worse, shouldn’t you, you know, listen?

I call bullshit. I will pay Obama the compliment of holding him to his own standards. He said the stimulus package was enough, and it wasn’t.

He said he was for real healthcare reform, yet backed off from anything that upset the insurance companies.

See, here’s the problem. We’re in a goddamned perfect storm of problems. In another time, Obama’s cautious, incrementalist approach would be enough. BUT WE’RE DROWNING. Our economy’s circling the bowl, our ocean’s dying, the climate meter’s all the way in the red zone, and we need someone who knows how to run a real rescue operation, not someone who throws a few token lifejackets.

As long as we’re drowning out here, my priority is not making sure the president gets enough “attaboys.”