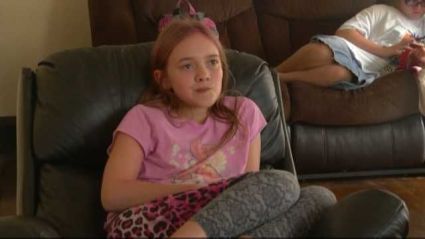 Sometimes I think I should have a section just for stupid stories from Texas and Florida:

EDNA, Texas — A Texas girl’s involvement in a charity run got her suspended from school.

Carol Stone said her daughter, Hailey, participated in a color run for charity over the weekend.

Runners wear white and get doused with colored dyes and some pink dye got in Hailey’s hair.

When she went to class on Monday, she was put on in-school suspension for violating her elementary school’s code of conduct, which forbids unnatural hair color.

“We didn’t plan for her hair to be colored like that. It definitely wasn’t done on purpose, so I didn’t believe it was right for that to happen,” Stone said.

Stone is keeping her daughter home until the dye washes out of her hair but said the school went too far.

One thought on “Yup, that’s Texas”